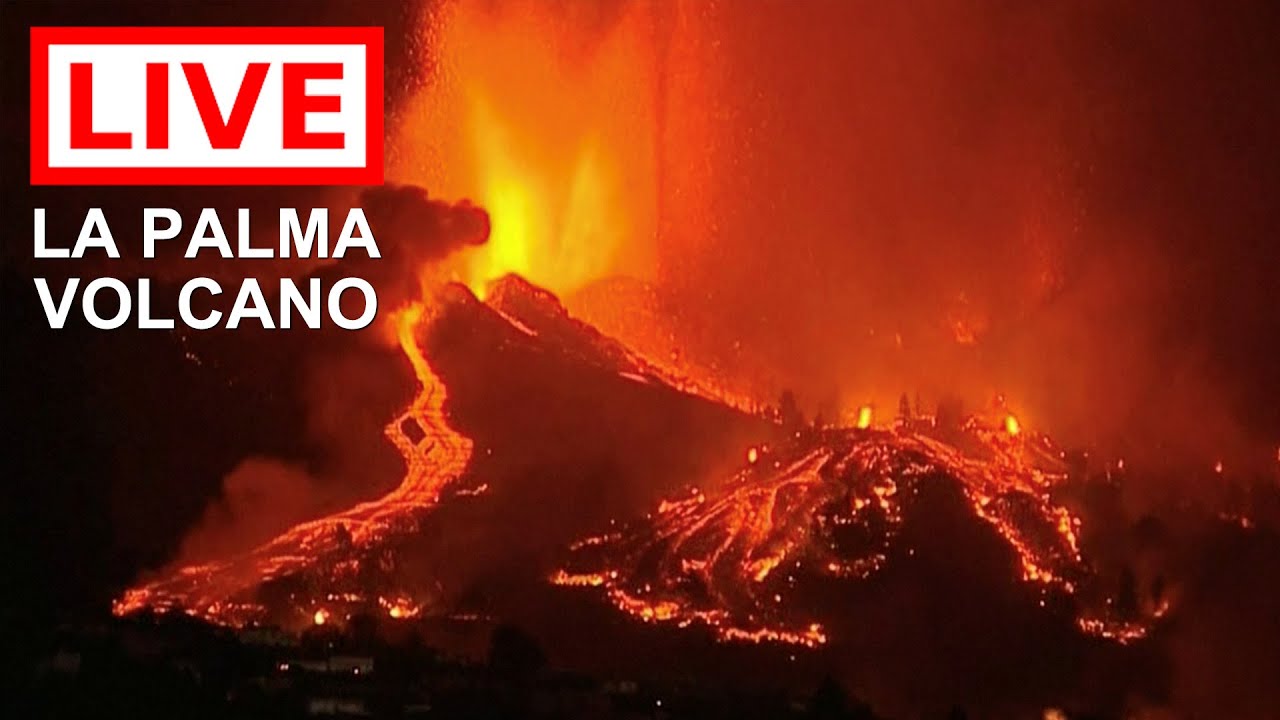 To help the people of La Palma who have lost their homes, you can make a donation here: https://www2.cruzroja.es/-/ayuda-afectados-volcan. Thanks!

* Afar.tv obtains total lava volume in real-time by using the latest metrics available for total estimated volume and then divide by time. These values are recalibrated when new metrics are released by scientists. Some other stats provided by Afar.tv may be rounded values of the source data.

La Palma, also San Miguel de La Palma, is the most north-westerly island of the Canary Islands, Spain. La Palma has an area of 708 square kilometers (273 sq mi) making it the fifth-largest of the eight main Canary Islands. The total population at the end of 2020 was 85,840, of which 15,716 lived in the capital, Santa Cruz de La Palma, and about 20,467 in Los Llanos de Aridane. Its highest mountain is the Roque de Los Muchachos, at 2,423 meters (7,949 ft), being second among the peaks of the Canaries only to the peaks of the Teide massif on Tenerife.

La Palma, like the other islands of the Canary Island archipelago, is a volcanic ocean island. The volcano rises almost 7 km (4 mi) above the floor of the Atlantic Ocean. There is road access from sea level to the summit at 2,426 m (7,959 ft),[4] which is marked by an outcrop of rocks called Los Muchachos (“The Lads”). This is the site of the Roque de Los Muchachos Observatory, one of the world’s premier astronomical observatories.

La Palma’s geography is a result of the volcanic formation of the island. The highest peaks reach over 2,400 m (7,874 ft) above sea level, and the base of the island is located almost 4,000 m (13,123 ft) below sea level. The northern part of La Palma is dominated by the Caldera de Taburiente, with a width of 9 km (6 mi) and a depth of 1,500 m (4,921 ft). It is surrounded by a ring of mountains ranging from 1,600 m (5,249 ft) to 2,400 m (7,874 ft) in height. On its northern side is the exposed remains of the original seamount. Only the deep Barranco de las Angustias (“Ravine of Anxiety”) ravine leads into the inner area of the caldera, which is a national park. It can be reached only by hiking. The outer slopes are cut by numerous gorges which run from 2,000 m (6,562 ft) down to the sea. Today, only a few of these carry water due to the many water tunnels that have been cut into the island’s structure.